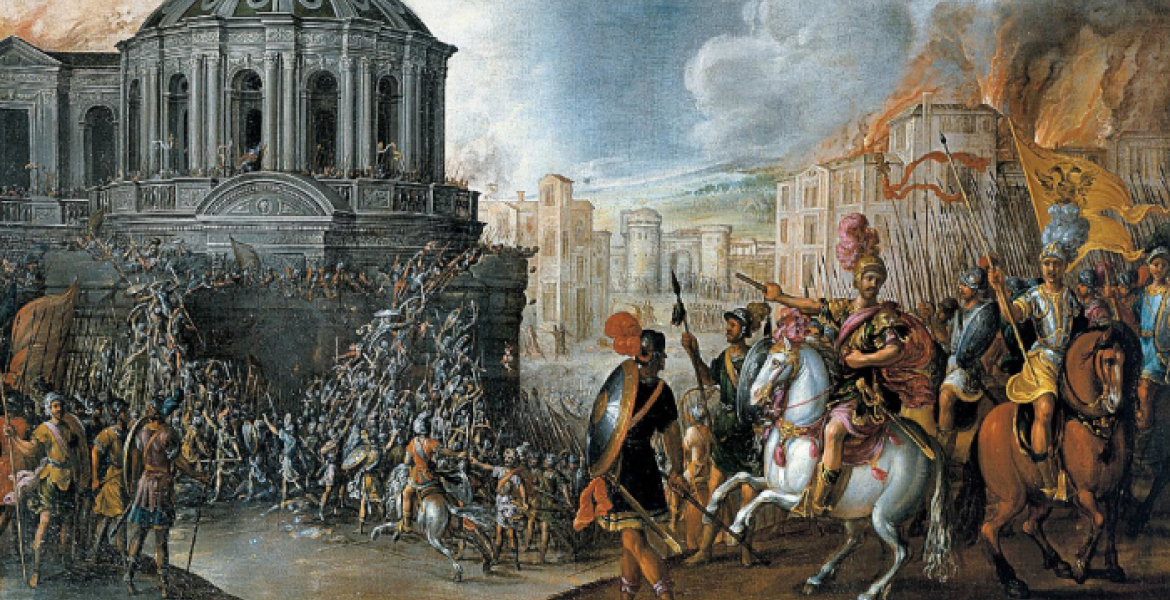 Another illustration of that occurred on 12th June 2021. In ITV News at 10.20 p. m., Robert Peston interviewed the Prime Minister, and the latter’s recent surprising matrimonial ceremony at Westminster Cathedral gave rise to a question. Mr. Pestonasked – in a seemingly-‘teasing’ manner – “Are you a practising Roman Catholic?” Mr. Johnson replied soberly that he does not discuss those deep matters. Mr. Pestonthen mentioned that the Leader of the Labour Party has said that he doesn’t believe in God, and invited Mr. Johnson to be similarly open. The reply was ‘The fool says in his heart that there is no God. I’ll leave it at that.’ The hint of belief was better than nothing, but the blatant reticence was disappointing. The reason(s) for it must be left to speculation, but it was in line with the attitudes of other recently-prominent English politicians.

His predecessor in office, Theresa May, is a vicar’s daughter and has been noted as a church-attender. That seemed to be the limit of secular mass-media’s publicity of religion’s part in her life, so probably most people know little or nothing. Apparently she ‘identifies’ with Christianity, but explanation and practical consequences throw light on professed allegiance. Statements issued in her name at the start and end of Lent in 2017 suggested that she had a rather platitudinous religious mind-set. They mentioned comforting charitable activities, and political clichés such as tolerance and freedom of religious speech and worship (the Queen’s speech of welcome to Pope Benedict in 2010 was similarly-minimal). “Shared values” held by the politically-correct and -inclusive category of “Christians and people of other faiths or none” were mentioned, but not clarified beyond the safe examples. The statements said nothing about not-merely-tolerated-but-applauded egregious sin, often resulting from ever-more-deeply ingrained relativism which has replaced Christianity as the established ‘religion’. Alas, Mrs. May had already helped to extend that by supporting ‘marriage’ status for same-gender couples, on the basis that it was “about providing choice for our modern society.” So it should have caused no surprise that when the Irish people, in their “impressive show of democracy which delivered a clear and unambiguous result,” voted to remove the Constitutional obstacle to Parliamentary legalisation of abortion, a message of congratulation was ‘tweeted’ to them from Mrs. May’s office.

Her predecessor was David Cameron. In a December 2011 speech prompted by the 400th anniversary of the King James Bible, he said that he was not “some great Christian on a mission to convert the world,” but “a committed - but I have to say vaguely practising - Church of England Christian, who will stand up for the values and principles of my faith…but who is full of doubts and, like many, constantly grappling with the difficult questions when it comes to some of the big theological issues.” Because he was full of doubts, it seemed to follow naturally that his understanding of Christianity and his application of it were expressed in terms similar to Mrs. May’s platitudes. He had a high regard for ‘tolerance,’ but seemed unable to accept or perhaps even to recognise some proper limits on it. He complained about long-established unwillingness to distinguish between right and wrong, and about ‘live and let live’ becoming ‘do what you please,’ but the consequent targets of his disapproval were noticeably trite and myopic. Like Mrs. May, typical clerics, and other professors of benevolence and reasonableness, he drew attention to welfare-services, working for “the common good,” and he used historical cultural factors to paint a false picture of today’s society. Symptomatically of his “doubts,” he vacillated between commitment and relativism, professing what he took to be Christianity but seeming to put it on a par with contradictions of it, especially by the popular invocation of values shared by “people of every faith and none.” Pursuant to that, he was “not in any way saying that to have another faith - or no faith - is somehow wrong” (oh no; of course not). It was surprising to find him saying that “you can’t fight something with nothing,” and “if we don’t stand for something, we can’t stand against anything,” because if the praised ‘values’ are ‘shared’ as widely as alleged the thought of ‘fighting something’ hardly arises. (An optimistic comforter seems to think that ‘Most of us agree, really. Disagreement with our share values is extremism, which should be fought.’ So is right and wrong a matter of majority opinion? What about the often-urged tolerance for minorities?)

In a message at Easter in 2012, he wrote that our country is “most content when we are defined by what we are for, rather than defined by what we are against.” So in just a few months he had ‘gone off’ the idea of being against something, and of fighting it; better to be for something. (The two are, however, inseparable; because if you are genuinely for something you will be against its opposite, and logically more and more against an opposite which is defeating what you are for.) “The New Testament,” he wrote in the same message, “tells us so much about the character of Jesus; a man of incomparable compassion, generosity, grace, humility and love. These are the values that Jesus embraced, and I believe these are values people of any faith, or no faith,” (those words again) “can also share in, and admire. It is values like these that make our country what it is – a place which is tolerant, generous and caring.” That was pleasing, but except for being linked explicitly with Our Lord its minimal-level terms could have been accepted by, as he clearly hoped, anybody. Unfortunately, some of the “values” are interpreted in very different ways, which spoils the fond notion of general agreement.

No doubt Mr. Cameron was well disposed, but if people “who govern human communities” are to fulfil the Catechism’s exhortation to “behave as ministers of divine providence” they need much more than good intentions. On coming to political prominence, Mr. Cameron advocated “modern, compassionate conservatism.” After several years at the top, his swirling, face-in-multiple-directions survey of Christianity’s role in British society was a dizziness-inducing demonstration of uncertainty, myopia, and conflicting criteria. A strong candidate for ‘Best Example’ was his comment that “Bad choices have too often been defended as just different lifestyles” – soon afterwards he was persuading Parliament to legalise sacrilegious caricatures of marriage.

Same-sex ‘marriage’ surfed ahead on the ever-broadening wave of ‘tolerance’ which is enjoyed by the proverbial ‘people of all faiths and none’. The concept of faith itself has been hollowed-out and re-filled with relativism. When Ed Miliband addressed the Labour Party Conference in 2012, he claimed to be “A person of faith, not a religious faith but a faith nonetheless. A faith, I believe, many religious people would recognise.” He explained it as follows: “I believe we have a duty to leave the world a better place than we found it. I believe we cannot shrug our shoulders at injustice, and just say that’s the way the world is. And I believe that we can overcome any odds if we come together as people.” Commitment to improvement, aversion to injustice and fatalism, and confidence in the efficacy of collaboration can certainly be recognised and adopted by “many religious people,” but, as Mr. Miliband stated clearly, they do not denote religious faith. His interpretations of making the world “a better place” and combating “injustice” led him to vote in favour of same-sex ‘marriage’ and assisted suicide, and against even the smallest of various proposed reductions of the legal time-limit for one particular category of abortion. There is, however, such confusion about the essence and requirements of religion that even religious people agree with him on those subjects.

Tony Blair was deemed fit to be received into the Church, but was as averse as Boris Johnson to talking publicly about religion. He said on television that doing so risked difficulties, and that people might regard him as a ‘nutter’.

Cases such as those suggest clearly the awkwardness of co-existence between religious faith and high political position. They show both the unwillingness of political Christians to talk freely about religion and their bending of it to make it acceptable to ‘people of all faiths and of none’. They make one wonder whether Christians’ involvement in politicsserves any useful religious purpose; those unwilling even to speak about it will be unable to recognise allies,prevented from organising to obstruct sinful situations (“Catechism,” paragraph 909), and handicapped in acting “as ministers of divine providence.” In this country, furthermore, those duties are rendered ‘dead letters’ by the diffident and pussyfooting style of the Church in this country, which (contrary to the “Catechism” – paragraphs 2244-2246, and 2419 et seq.) seems terrified of ‘interfering’ politically in controversial matters and unwilling to issue public formal censures against transgressing members.

Thus it is that embarrassment, reticence and dilutioncontribute to the ideas (likely to be accepted as commonly among Catholics as in society generally)

(i) that “ethical pluralism is the very condition for democracy”;

(ii) that “every possible outlook on life [is] of equal value” (experience has contradicted the theory); and

they also help legislators to enact “laws which ignore the principles of natural ethics and yield to ephemeral cultural and moral trends” (Congregation for the Doctrine of the Faith, Doctrinal Note “On the Participation of Catholics in Political Life,” 2002; section II, 2).