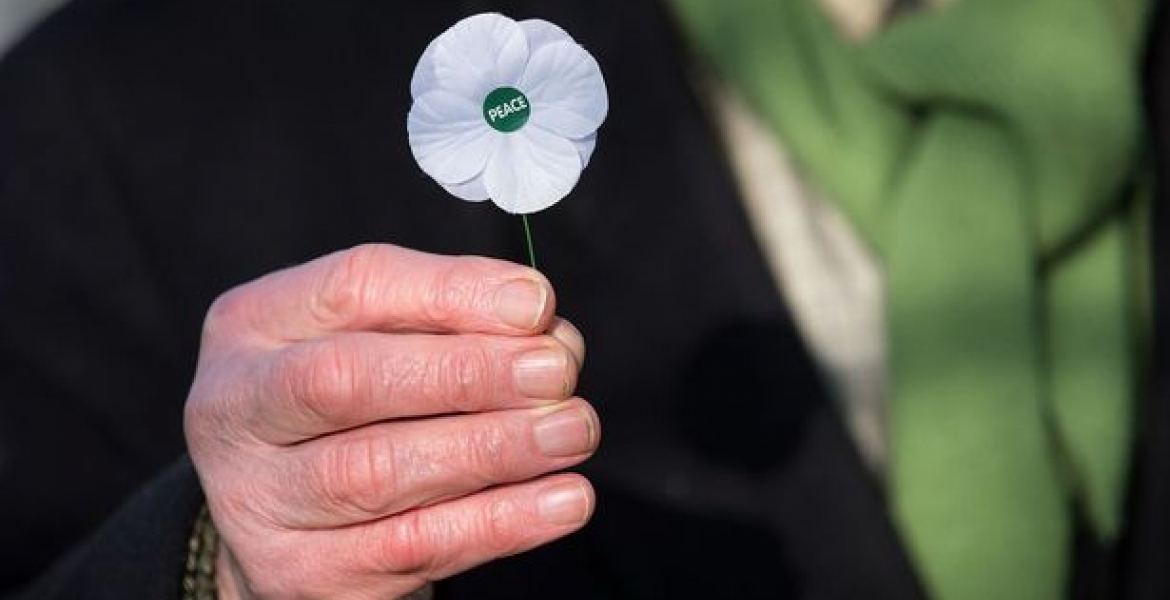 The Peace Pledge Union has ‘reported that it has more than quadrupled its sales of white poppy packs in schools this year’ – ‘from 59 to 280’; the packs, which cost £60 and include 100 poppies with ‘educational resources and posters’ were said to be attracting increased interest because ‘the Black Lives Matter movement has led to an interest in “the good and bad bits of history”’. The ‘pacifist organisation’, which ‘aims to challenge what it sees as the “glamorisation” of war through the sale of red poppies’, suggested that this ‘surge of interest among teachers in the poppies ... spurred on by more general calls to re-evaluate Britain’s past’. According to the PPU’s Symon Hill: ‘“Whatever view you take, it has clearly got people talking about the good and bad bits of history, what we should mourn and what we should celebrate and what it means to remember the past”’ (‘White poppy sales rise in schools amid debate over history’, Sunday Telegraph, November 8, 2020). https://www.telegraph.co.uk/news/2020/11/07/sales-white-poppies-quadruple-schools-amid-calls-re-evaluation/

There was not much ‘glamour’ in the trenches of the Great War, but for this very reason we honour those who gave their lives for their country, so that those who came after them could enjoy peace. Presumably, this is the ‘bad bit of history’ to which Mr Hill is referring; significantly, like Black Lives Matter, the Peace Pledge Union was founded by Marxists to propound the view that the red poppy glamorises war and oppresses minorities – and judging by the lack of interest in their own organisation over the years, they themselves are still in a minority.

The PPU portrays war as a capitalist enterprise that sacrifices the poor on the altar of Mammon; however, in reality, the Marxism they embrace has sacrificed millions and millions of those under its control in order to further the ideology of equality. https://www.ncregister.com/commentaries/50-years-ago-solzhenitsyn-received-the-nobel-prize-for-reminding-us-of-a-forgotten-god?utm_campaign=NCR%202019&utm_medium=email&_hsmi=96979660&_hsenc=p2ANqtz-9cd640t9t2S_gPjSQf8FCslAmwhhqgudw09V5xKFZoTKBLHrLcW8RkOfkXI7UOLS2AEnabhkElkpjPMTatmqDERz3fnw&utm_content=96979660&utm_source=hs_email

Awkwardly for this ideology and its proponents, both Marx and Engels approved of slavery and their views on race were far from politically correct; https://theimaginativeconservative.org/2020/09/specter-haunting-marxism-andrew-latham.html?utm_source=The+Imaginative+Conservative+Newsletter&utm_campaign=5eb106680c-Weekly+Newsletter_COPY_01&utm_medium=email&utm_term=0_6c8d563f42-5eb106680c-132501741&mc_cid=5eb106680c&mc_eid=637d0b3401

despite this, thanks to the poor teaching of history here and, it would seem, throughout the Western world, the Black Lives Matter narrative has been devoured by young people who know nothing about the crimes of communism and everything about the alleged oppression, cruelty and bloodthirstiness of democracy. No wonder, to them, ‘remembrance’ seems the height of hypocrisy, because they have never been taught to remember the hypocrisies of the Marxist ideology that the Peace Pledge Union is now trying to sell in the classroom.

To the PPU, the good bits of history are the revolutions that ushered in Marxism; the bad bits, when those revolutions were themselves overthrown. What they mourn are the revolutions against the Revolution, and they use the white poppy to stir up division and discontent with democracy in their long-running war against peace.

Everyone wants peace, but the best test of good intentions can be seen in the fact that amid all the left-wing statue-toppling, portrait dumping and plaques placed next to historical displays in museums to tell the bemused visitor that ‘he was a great man, but also a racist/slaver/imperialist’, the living links to past exploitation have been left untouched: while University College London ‘unveiled plans to rename two of its buildings to “address” its historic links with eugenics’;  https://www.telegraph.co.uk/news/2020/11/07/sales-white-poppies-quadruple-schools-amid-calls-re-evaluation/  however, the great non-negotiable of the leftist project is ‘abortion on demand, without apology’. Thus they have no problem with organisations founded by the racist eugenicists Margaret Sanger and Marie Stopes destroying the offspring of the poor.

The war against population is one war that the Peace Pledge Union is not going to warn about; especially they do not want to ‘get children talking about it’, since the whole idea is to prevent children from being born. They used to say that truth was the first casualty of war; in their war against people and against truth, the PPU, far from pledging peace, is weaponising it.