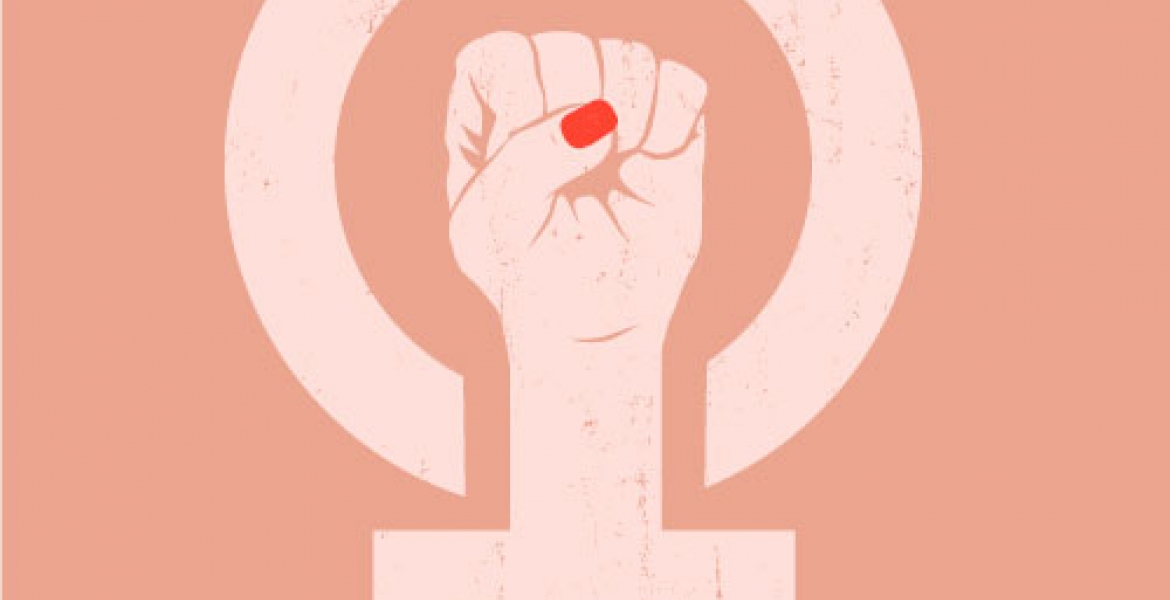 Anita Singh says Maggi Hambling’s new statute of feminist pioneer Mary Wollestonecraft, installed on Newington Green in London, ‘looks like a feminist twist on The Spirit of Ecstasy wrenched from the bonnet of a Rolls Royce. ... Rarely has sculpture seemed so insubstantial. Even cast in bronze it is a flimsy thing. The proportions are wilfully off: tiny figure, blobby base, unsympathetic plinth.’ She muses: ‘If you were being kind, you might recall Michelangelo’s Slaves or Rodin’s Thinker and Kiss. Bodies fighting free of stone, an almost Promethean battle. (Wollstonecraft’s daughter Mary Shelley would call her most famous work Frankenstein, or, The Modern Prometheus)’; however: ‘If you were being unkind, you might remember the vogue for little girls’ birthday cakes iced like the layers of a Cinderella ball gown with a favourite Barbie-doll emerging torso-up from the frosting. The body is Barbie-doll, too. Perky, slender, sleek as a Gillette Venus model. Only the fierce, furrowed brow would tell you that this woman is anything other than an unthinking mannequin.’ (‘Uproar over “Barbie on a kebab” statue of feminist’, Telegraph, November 11, 2020). https://www.telegraph.co.uk/art/what-to-see/londons-new-mary-wollstonecraft-statue-flimsy-barbie-like-embarrassment/

Nonetheless, ‘[a]t the unveiling, there was much talk about how the commission would “start a conversation” and Hambling said that the cast bronze statue “encourages a visual conversation with the obstacles Wollstonecraft overcame”’ – that she ‘would be “dancing a foxtrot in her grave” to celebrate Kamala Harris becoming the first female US vice-president.’ But Wollstonecraft did not see children as among the ‘obstacles’ that women had to overcome, and would be appalled that female politicians like Harris, with their feminist cheerleaders, are demanding abortion up to birth for any reason in order to be ‘equal’. https://liveaction.org/news/biased-facebook-fact-check-kamala-harris-target/?utm_medium=email&_hsmi=98149541&_hsenc=p2ANqtz-88uyl2d_6HyKx0eZEUocyw6iFNsMzuB9MHDl70ePuJiDxZoWu_3JSBSjQEXF7nB7P5qOyavD4wyyjhKSdtA3D_W6YHqw&utm_content=98149541&utm_source=hs_email

Over two hundred years ago, she wrote about the problem of what modern feminists would call ‘sexual harassment’ leading to abortion: ‘“To satisfy this genus of men [the ‘lustful prowler’] women are made systematically voluptuous. ... Women becoming, consequently, weaker, in mind and body, than they ought to be, were one of the grand ends of their being taken into account, that of bearing and nursing children, have not sufficient strength to discharge the first duty of a mother; and sacrificing to lasciviousness the parental affection, that ennobles instinct, either destroy the embryo in the womb, or cast it off when born.”’ https://www.amazon.co.uk/Their-Fruits-Eugenics-Population-Abortion/dp/0813215307/ref=sr_1_1?dchild=1&keywords=ann+farmer+by+their+fruits&qid=1604318850&s=books&sr=1-1

Unlike the founders of the feminist movement, who were overwhelmingly pro-life, https://www.lifenews.com/2020/08/26/100-years-after-the-19th-amendment-remember-the-early-feminists-were-pro-life/   the modern feminist movement certainly does not see bearing and nursing children’, as one of ‘the grand ends’ of women’s ‘being’ – rather, they see it as a curse, and the reason why women are ‘unequal’.

It is highly unlikely, too, that Mary Wollstonecraft would approve of a naked statue of herself, since she knew only too well that the quickest and easiest way to dismiss any woman is to strip her naked - although no doubt ‘lustful prowlers’ will approve. Of course, Ms Hambling is a woman (a ‘sculptor’, not a ‘sculptress’), and the mere fact of being female, according to modern feminism, makes anything, however damaging it is to women, perfectly acceptable. They see getting rid of the unplanned child as striking a blow for feminism, even though it strikes a blow at femininity and a deadly blow at children - half of whom are female.

No, Mary Wollestonecraft would definitely not approve; far from ‘dancing a foxtrot in her grave’ – she will more likely be spinning in it. Rather than setting her beliefs in stone, this statue erases the feminist pioneer’s true beliefs, and is simply yet another attempt to re-write history.