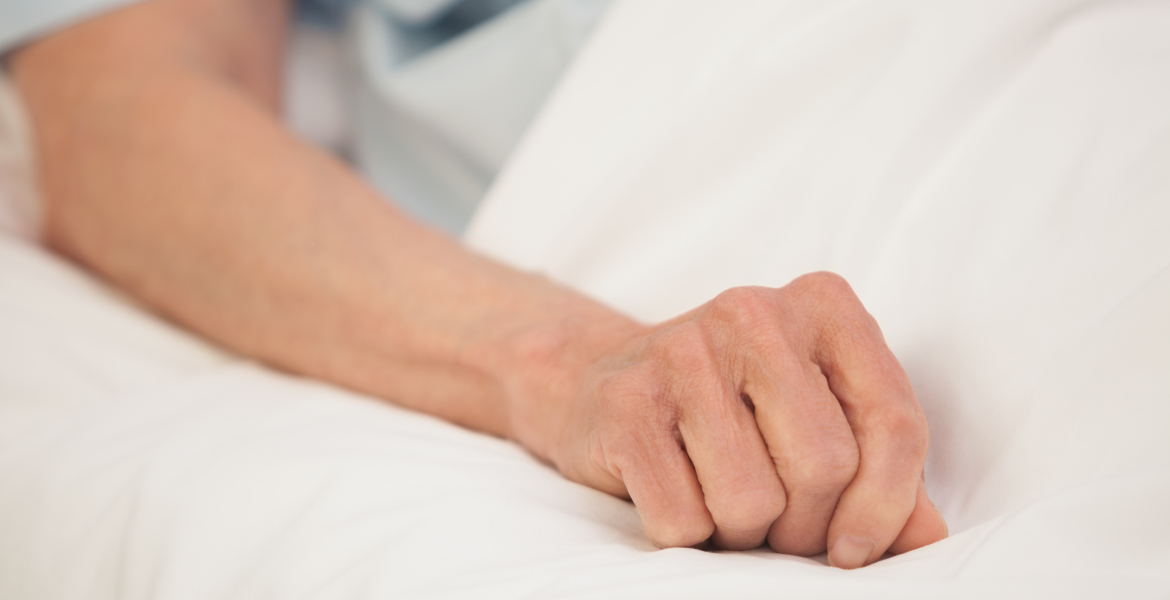 Assisted dying with safeguards’: Euthanasia campaign hopes to slip the public a sedative

New rules governing euthanasia in Holland ‘will allow doctors to spike patients’ drinks with sleeping pills to stop them becoming violent before lethal injections’; changes in the Dutch ‘right-to-die medical code’ follow ‘a court ruling that overturned a murder charge’ against nursing home doctor Marinou Arends, who ‘secretly slipped a sedative into the coffee of a 74-year-old female dementia sufferer before administering a lethal injection.’ Dr Arends received a written reprimand from the Dutch medical board ‘for acting on the basis of two “advance directives”, in which the patient had said only that she wished to die when she considered “the time was right”’, but the patient ‘had reached an advanced stage of dementia, where she was no longer capable of giving any kind of informed consent on the timing of the treatment.’ According to critics, when this elderly lady ‘sat up in bed to try to avoid being given the injection, a relative had pushed her back down’; they maintain that she ‘was robbed of the dignified end that euthanasia is supposed to provide’, and ‘claim that the Netherlands – a pioneer in the practice – is interpreting the rules ever more widely’; in fact last month, ‘the Dutch government also approved plans to allow euthanasia for terminally ill children’, claiming ‘it would stop them “suffering hopelessly and unbearably”’ (‘Holland allows secret sedation of euthanasia patients’, Telegraph, November 21, 2020).  https://www.telegraph.co.uk/news/2020/11/20/dutch-doctors-allowed-sedate-dementia-patients-euthanasia-injections/amp/

Perhaps it is time to recognise that ‘death with dignity’ has always meant that patients will be spared the ‘indignity’ of being cared for and – more to the point - everybody else will be spared the indignity of caring for them. As to the insistence on mentally competent adults, Holland now euthanises children, and one Netherlands euthanasia clinic has a two year waiting list for euthanasia for mental illness. https://alexschadenberg.blogspot.com/2020/09/alex-schadenberg-executive-director_18.html

Far from showing contrition for killing this dementia patient in horrendous circumstances, in a recent interview, Dr Arends ‘urged other clinicians to “just do it”’. https://conservativewoman.co.uk/euthanasia-campaigners-exploit-covid-fears/?utm_source=TCW+Daily+Email&utm_campaign=2d9104266d-Mailchimp+Daily+Email&utm_medium=email&utm_term=0_a63cca1cc5-2d9104266d-556071717

With physicians like Dr Arends in charge it might be wondered who will want to go into a Dutch nursing home, but the confused elderly will still be sent there – possibly in even greater numbers now, by relatives of the same stamp as those who held down the 74-year-old dementia patient for her final injection. Can we doubt that the most vulnerable individuals have always been prime targets for euthanasia?

But Holland is not alone in sliding down this slippery slope, since Canada and Belgium have witnessed the same inevitable process from caring to killing,   https://gript.ie/assisted-suicide-canadian-doctor-warns-it-increased-five-fold-in-4-years/

and as one unusually frank Irish advocate for ‘the right to die’ recently put it, legalising ‘assisted dying’ in ‘strictly limited circumstances’ is seen as a way to ‘get our foot in the door’. https://gript.ie/listen-getting-our-foot-in-the-door-campaigner-on-restrictive-assisted-suicide/?mc_cid=3fcbcb5f14&mc_eid=7e01bdd38e

With so many warning bells ringing, it is incredible that anyone still believes ‘the right to die’ narrative, but apparently the Government does, having recently said that individuals may breach Coronavirus restrictions to go to Switzerland to kill themselves. https://www.telegraph.co.uk/news/2020/11/05/matt-hancock-people-can-break-national-coronavirus-lockdown/

Health Secretary Matt Hancock also said it was ‘the Government’s intention to support and strengthen palliative care to make sure that we give the very best support for people towards the end of their life’; https://hansard.parliament.uk/commons/2020-11-05/debates/A10D8E3C-C301-4163-890F-775B6E48F192/CoronavirusRegulationsAssistedDeathsAbroad  however, according to leading palliative care experts, assisted suicide is ‘never necessary’ - https://www.christian.org.uk/news/assisted-suicide-never-necessary-palliative-care-experts-say/  and why bother with palliative care when euthanasia is much cheaper, especially with the economy being trashed by repeated Covid lockdowns? While live patients can tell tales and pursue claims for compensation, once the patient is dead (often with the agreement of their ‘loved ones’) there will be no come-back; because they won’t be coming back.

Apparently, the new Dutch ruling ‘has alarmed opponents of euthanasia’, but it is likely to have alarmed supporters of euthanasia even more: a few months ago, in the middle of the pandemic, highly placed advocates for assisted suicide, notably Lord Finkelstein, started yet another round in their long-running ‘campaign to allow doctors to help to kill their patients’, https://conservativewoman.co.uk/euthanasia-campaigners-exploit-covid-fears/?utm_source=TCW+Daily+Email&utm_campaign=2d9104266d-Mailchimp+Daily+Email&utm_medium=email&utm_term=0_a63cca1cc5-2d9104266d-556071717  while only a few days ago some politicians were voicing the view that despite earlier Parliamentary attempts failing miserably, with a new Private Members Bill, ‘[a]ssisted dying for the terminally-ill could be made legal “within two years”’.  https://www.mirror.co.uk/news/politics/assisted-dying-terminally-ill-could-23011910

They will be even more anxious to get a law through now, despite the fact that we cannot be excused for not knowing about the Nazi euthanasia programme, especially since their crimes are still making the news, with reports that a former Nazi concentration camp guard, Friedrich Karl Berger, is to be sent from the US to Germany to face trial. https://www.telegraph.co.uk/news/2020/11/20/94-year-old-former-nazi-concentration-camp-guard-deported-us/

Berger is 94 years old, but this is seen as no bar to trying him for crimes committed so long ago; it is strange that we can condemn the appalling crimes of the Nazis but can find ‘nuance’ in the idea of killing vulnerable old and disabled people in our own times. It seems we can see the Nazi crimes at a comfortable distance, while the ‘final solution’ to the elderly and the sick is so close that we cannot see it.

Of course, the modern  campaign is all about high-profile cases of individuals demanding ‘choice’ and ‘the right to die’ – which would make more sense if those seeking this ‘right’ were actually dying, but most are not; and if they were, there would be no need for any ‘help’. It is supposed that these individuals ‘will die anyway’, but so will we all; clearly, those pursuing this course do not believe that anything awaits them on the other side of death – especially a heavenly tribunal, harder to evade than an earthly one – and it is significant that Hitler took suicide pills in order - so he thought - to evade justice.

No doubt there will be a welcome period of silence from ‘right to die’ advocates who, however, will recommence their campaign for killing without mentioning this current concern about what is seen as patient safety – ironically, given that killing is the most unsafe practice of all. Perhaps they hope the public will forget that the much-vaunted ‘safeguards’ included in their pleas to change the law are there simply to reassure the public. But in Holland, the chairman of the regional euthanasia review committe, Jacob Kohnstamm, ‘said the clarification stressed the reasonable, professional judgment of doctors and could relieve fears of prosecution’, telling the Daily Telegraph: ‘“It’s only two or three cases a year but this might help doctors to have less fear of a penal case”’. In other words, the case was meant to relieve the fears of doctors, not patients – and we can be sure that there will be far more than ‘two or three cases a year’ now doctors’ ‘fears’ have been assuaged that there might be a prosecution for killing a patient.

Fortunately, there are still some Dutch doctors who believe it is unethical to kill their patients: this ‘ruling has been opposed by some Dutch medical practitioners’, with over 200 medics issuing a statement after ‘news of Dr Arend’s case emerged in 2018’, insisting that ‘no doctor should be allowed to secretly sedate patients before euthanasia.’ According to Dr Jaap Schuurmans, ‘who has researched cases in which relatives of patients had pressured doctors to fast-track euthanasia’, the ‘“freedom has been there in law from the beginning, but the law is being interpreted more and more broadly. Nobody can look inside the head of someone with dementia.”’

However, anybody can see signs of distress and fear in a patient – if they choose to look. No doubt the campaign for ‘the right to die’ is hoping that nobody will look; that their continuing talk of ‘safeguards’ will soothe us all into acquiescing to their plan to replace caring with killing – a bit like slipping a sedative into our coffee. If we don’t wish to be put to sleep, we must remain wide awake so we can fight off all attempts to send us to a premature grave.