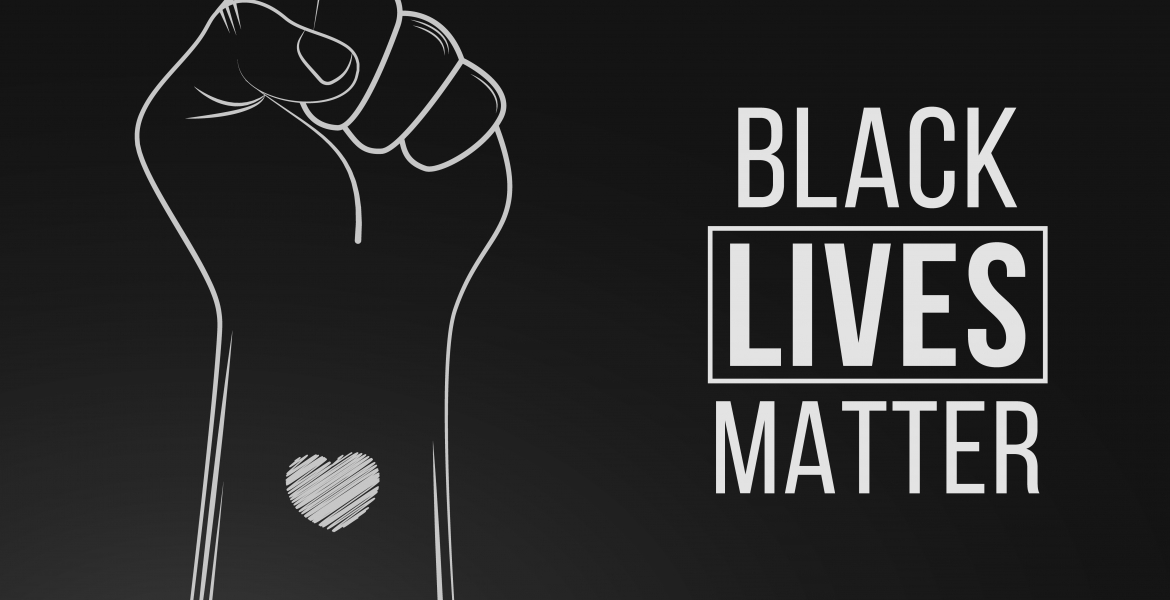 Rupa Huq: freedom for traffic, no freedom of speech (except BLM)

Rupa Huq, Labour MP for Ealing Central and Acton, criticises the growth of ‘“Low Traffic Neighbourhoods”’ which, she says, ‘might sound harmless enough’, but are causing a great deal of anger in suburban areas of Tooting, Islington and Ealing, stemming from ‘the effective blocking off of side streets by bollards and oversized flowerpots’; aimed at stopping ‘unnecessarily short car journeys to combat the climate crisis’, they have been ‘[d]ramatically rushed through as a coronavirus emergency measure’, but have caused such disruption to people’s lives that ‘residents who’ve never attended demos’ are out of the streets protesting against them (‘The sound of the suburbs is now one of revolt’, Sunday Telegraph, November 22, 2020). https://www.telegraph.co.uk/politics/2020/11/22/lobbied-syria-bombing-brexit-time-nothing-has-inflamed-like/

There are genuine concerns about the imposition of LTNs, especially in preventing the free movement of the elderly and disabled (‘Disabled woman hits out at road closures “experiment”’, Sunday Telegraph, November 22, 2020); https://www.telegraph.co.uk/news/2020/11/22/disabled-woman-hits-road-closures-experiment/  however, while approving of the protests against them, Ms Huq has campaigned for the legalisation of ‘buffer zones’ around abortion clinics, with draconian penalties attached: her recent Parliamentary Bill to ‘“restrict demonstrations in the vicinity of abortion clinics; and for connected purposes”’ proposed ‘jailing pro-life people for six months’ for expressing ‘any opinion on abortion within 150 metres of an abortion clinic.’ https://spuc.org.uk/News/ID/384554/MP-threatens-six-months-in-prison-for-helping-to-save-unborn-babies

According to legal expert Andrew Tettenborn, attempts to introduce these zones outside abortion clinics and to ban street preachers were ‘deeply illiberal’ – that ‘[p]rotesting against abortion should not be a crime’; however, although the Demonstrations (Abortion Clinics) Bill – ‘a distinctly worrying 10 Minute Rule Bill spawned by Labour MP Rupa Huq in collaboration with Tory grandees Bernard Jenkin and Andrew Mitchell’ - had been defeated, it would have threatened ‘infringers with six months inside (two years on a second offence)’. He maintained: ‘Whatever your view on abortion, a bill that threatens with imprisonment a person who, in a given area, merely ‘expresses opinion’ (these are the exact words of Clause 2(2)(e)) has no place in any liberal democracy.’ He noted that ‘although Huq’s bill sank, Priti Patel essentially bought her off by promising a government initiative on buffer zones’, and further warned that if enacted, ‘the future plans of the Law Commission on hate crime ... may well make life a great deal easier for police forces who would like to keep activists at bay. At present, you have to show that someone actually intended to stir up hatred. But this, according to the Law Commission, makes life far too difficult for prosecutors.’ https://www.spiked-online.com/2020/10/12/protesting-against-abortion-should-not-be-a-crime/

Rupa Huq’s Bill would have criminalised those providing women with information even when they asked for it; and given their emphasis on ‘choice’, it is strange that campaigners for these buffer zones ignore the stories of women who have been helped by the pro-life vigils, one of whom testified on a BBC programme: “‘So I read the leaflet and I started crying because from my heart I don’t want this pregnancy to be terminated. Because the reason was my financial difficulty and they assured me that whatever I am going to need for the baby they are going to provide me with everything.”’ https://www.spuc.org.uk/News/ID/384571/Dont-ban-love-pleads-London-politician-opposed-to-buffer-zones?utm_source=SPUC+News+List&utm_campaign=06c529bfe6-news190520_COPY_01&utm_medium=email&utm_term=0_826f492851-06c529bfe6-148123137&mc_cid=06c529bfe6&mc_eid=c2228029a3

Fortunately her Bill failed, but Ms Huq’s own constituency contains a Marie Stopes clinic, whose name has been changed to avoid associations with the eugenicist and racist birth control promoter Marie Stopes; https://www.telegraph.co.uk/global-health/women-and-girls/abortion-charity-drops-marie-stopes-name-due-links-eugenics/ even Stopes, despite her private actions, did not openly advocate abortion, not least because contraception was supposed to do away with the problem of abortion and it would have looked strange to support both; https://www.amazon.co.uk/Their-Fruits-Eugenics-Population-Abortion/dp/0813215307/ref=sr_1_1?dchild=1&keywords=farmer+by+their+fruits&qid=1605870559&s=books&sr=1-1  however, conveniently, the name-change, while avoiding this embarrassing historical detail, may also quietly dissolve the link with those Marie Stopes clinics damned by the CQC on health and safety grounds, https://spuc.org.uk/latest-news/latest-news/shut-these-clinics-down-says-spuc-as-nearly-two-thirds-of-abortion-clinics-in-england-found-disregarding-government-safety-regulations?utm_source=SPUC+News+List&utm_campaign=e56c0f5936-news190520_COPY_01&utm_medium=email&utm_term=0_826f492851-e56c0f5936-148123137&mc_cid=e56c0f5936&mc_eid=c2228029a3 and their now-closed Calthorpe clinic, found to be offering sex-selective abortions in order to abort unborn baby girls, https://www.telegraph.co.uk/news/health/news/9103839/Scotland-Yard-launches-investigation-into-doctors-who-agreed-to-illegal-abortions-of-baby-girls.html as well as the fact that in 2018 Kenya banned Marie Stopes from offering abortion services.  https://www.bbc.co.uk/news/world-africa-46254630

On such subjects Ms Huq appears to have silenced her own speech, and even news reports sympathetic to buffer zones, which are replete with unfounded allegations and emphasise the threat of ‘harassment’ to women seeking abortion, are illustrated with pictures of a few peaceful individuals engaged in prayer, while the ‘largely peaceful’ ‘pro-choice’ protesters are allowed to intimidate them unmolested by exisiting laws against harassment. https://inews.co.uk/news/politics/ministers-ban-protesters-standing-outside-abortion-clinics-uk-harassment-666571

No doubt if the abortion campaign could find any actual evidence of pro-life harassment – even on the security cameras surrounding the clinics - it would be splattered across every newspaper in the land, but even this obvious fact does not prompt them to ask why they have to lie to promote their campaign, which is of course based on an even bigger lie: far from delivering freedom and equality, abortion simply delivers dead babies. Abortion does not save lives, it only saves money, but it also makes money for the abortion industry, which in turn supports the buffer zone campaign. https://premierchristian.news/en/news/article/abortion-clinic-prayer-ban-fails-to-pass-through-the-commons?utm_source=Premier%20Christian%20Media&utm_medium=email&utm_campaign=11848343_daily%20news%2029%20September&dm_i=16DQ,71Y8N,POL8O7,SH0K4,1

Clearly, these zones can function to protect the profits of the abortion clinics, but even if Ms Huq really believes she is preventing harassment and aggravation, why does she support Black Lives Matter? https://conservativewoman.co.uk/100-days-and-sir-keir-is-still-corbyn-lite/?utm_source=TCW+Daily+Email&utm_campaign=8ea1729e40-Mailchimp+Daily+Email&utm_medium=email&utm_term=0_a63cca1cc5-8ea1729e40-556071717

Perhaps because BLM supports abortion on demand, despite its disproportionate impact on non-white lives. https://www.lifenews.com/2020/05/18/black-americans-are-just-13-4-of-the-population-but-36-of-abortions-kill-black-babies/

Ms Huq would do well to study the role of free speech as the foundation of a democracy, and when she can spare a minute from campaigning for the freedom of traffic, perhaps she would lend her energies to defending the trafficked women who so often end up in abortion clinics because they lack support. https://www.liveaction.org/news/documentary-light-connection-sex-trafficking-abortion/

She herself has said that ‘“[t]erminating a pregnancy is one of the most difficult and harrowing experiences a woman can go through”’;

why then does she not help them to avoid it? Instead, she would completely decriminalise abortion, https://righttolife.org.uk/votes/Ealing-Central-and-Acton/Rupa-Huq while criminalising the offer of practical help and consolation to needy pregnant women and their babies; despite the threat to free speech, she would even silence silent prayer.