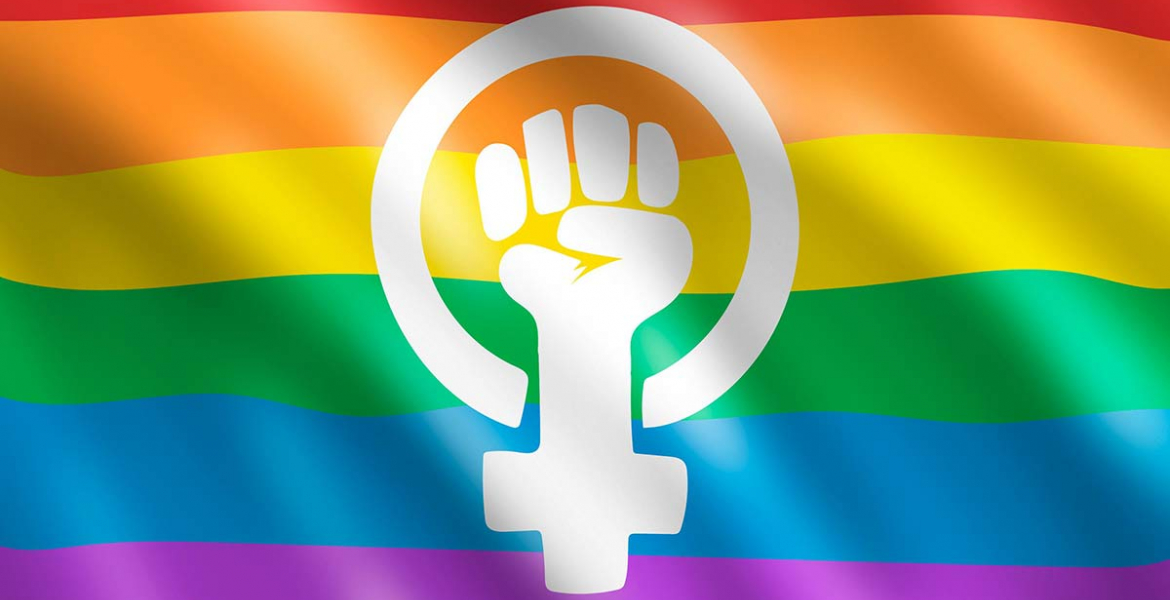 Commenting on the Government’s Queen Speech pledge to consult on a legal ban of ‘gay conversion therapy’, Church of England member Jayne Ozanne says that, as a lesbian, she ‘endured sessions’ of the ‘controversial’ therapy, ‘which aims to change a person’s sexual orientation or suppress their gender identity’; this involved a ‘middle-aged female therapist, a respected faith leader’, urging Ms Ozanne, then 32, ‘to literally vomit out her “problem”’, and she maintains: ‘“The physical pain of the sessions was bad enough but the psychological torture was so profound it left me wanting to die just to stop the agony. ... In fact, I often contemplated taking my own life just to escape the hell I was in.”’

Far from ‘conversion therapy’ being ‘something from a bygone age’, she says that information gathered via her organisation Galop and her Ozanne Foundation show that ‘it is alive and well in the UK today’; apparently, it involves exorcism, torture, beatings, electrocution, ‘forced sexual activity’ and sexual molestation, forced marriage and abduction - although because of the ‘clandestine  nature’ of the business, ‘the number of people who have been put through it is not known, though it is thought to be thousands’ (Tessa Cunningham, ‘Scarred by the gay conversion zealots: Electrocuted. Exorcised. Beaten. As a new law is unveiled to outlaw barbarbic “therapy” to make gay people straight, four victims bravely tell of their experiences’, Daily Mail, May 12, 2021). https://www.dailymail.co.uk/news/article-9568335/Four-victims-gay-conversion-therapy-bravely-tell-experiences.html

Even if these appalling practices are carried out secretly, Ms Ozanne claims that individuals are reluctant to come forward because of feeling ‘“guilty and ashamed”’ for being gay, and the Government has pledged to ban this “‘abhorrent’” practice, which has been ‘denounced by the NHS as well as by major counselling and therapy associations including the Royal College Psychiatrists’. However, it is not easy to hide the effects of torture, beatings and electrocution, and these bodies do not seem to have carried out their own investigations, relying instead on the testimony of LGBT campaigners like Ms Ozanne.

She says her information comes from her own sources, including a ‘2018 survey of faith and sexuality’ conducted by her own Foundation, in which ‘22 participants said they had undergone forced sexual activity with, or involving, someone of the opposite gender’ because homosexuality was believed to be sinful. Thus, from studies such as this, involving self-volunteered ‘data’ from a mere 22 people, demands are being made to criminalise offers of psychological help to those that seek it.

If claims about unnoticed beatings and torture strain credulity, so does the claim that some people believe homosexuality is sinful while believing that beating and torturing is not. Before getting behind Ms Ozanne’s campaign to ban ‘conversion therapy’ - referring to unverified cases of ‘abuse’ as ‘victims’ simply on their own say-so - it should be recalled that Carl Beech’s claims about a paedophile ring involving numerous prominent public figures were taken as Gospel by politicians and highly-placed police officers, ruining many lives before it was revealed that he was a fantasist; indeed, Scotland Yard Commissioner Dame Cressida Dick still stands by Beech’s ‘“credible” claims’ (‘Dick: I stand by investigation of “credible” Beech claims’, Daily Mail, May 12, 2021). https://www.dailymail.co.uk/news/article-9568343/Met-chief-Cressida-Dick-planned-send-female-team-police-Sarah-Everard-vigil.html?ns_mchannel=rss&ns_campaign=1490&ito=1490

In the case of ‘conversion therapy’, it should be obvious that torture, beatings, electrocution, ‘forced sexual activity’, sexual molestation, and forced marriage and abduction are already illegal - although so far at least, no criminal investigations or prosecutions have been launched - and Ms Ozanne admits that what she really wants to do is ban counselling or any therapy that does not affirm homosexual or transsexual inclinations, being ‘adamant that whether or not it involves physical or sexual abuse, conversion therapy has to be outlawed’; she insists: ‘“It is harmful, it destroys lives and relationships and there is no credible evidence it works. We need to send a clear sign that it is not tolerated, that people who practise it will be prosecuted.”’

This could mean banning the Bible itself, since it contains injunctions against same-sex activity, and although the Jewish and Muslim religions are also accused of carrying out this ‘therapy’, it is likely that because any actions against the latter would be seen as discriminatory, it would be mainly Christians who would be harassed for offering help to those seeking it because of unhappiness with their sexual orientation or identity. Only this week it was revealed that a Church of England school chaplain was suspended from his post at a private school and reported to the anti-terrorism organisation Prevent for telling pupils they could respectfully disagree with anyone who tried to indoctrinate them in the tenets of sexual diversity. https://www.dailymail.co.uk/news/article-9557845/School-reports-chaplain-telling-pupils-theyre-allowed-disagree-LGBT-teaching.html  https://www.dailymail.co.uk/news/article-9557845/School-reports-chaplain-telling-pupils-theyre-allowed-disagree-LGBT-teaching.html

Such legal bans on ‘conversion therapy’ are not new: recently, in the Australian state of Victoria, pastoral advice and prayer upholding Biblical teaching on sexual ethics were criminalised ‘under a draconian new “conversion therapy”’ law. The new legislation outlaws any practice that seeks to change or suppress a person’s “sexual orientation or gender identity” – including prayer’, with offenders facing up to 10 years in jail and a maximum fine of AUS$10,000 (around £5,600). And ‘during the twelve-month implementation period’, the state Attorney General, in an echo of Chinese indoctrination, said that ‘religious educators, teachers and ministers would be “re-educated” by the government to prevent them breaking the law.’ https://www.christian.org.uk/news/lgbt-activist-calls-for-uk-ban-on-prayer-for-unwanted-same-sex-attraction/?e260221

It seems that in the battle against intolerance, even more intolerant measures are required, but despite such inconvenient facts, in March this year Ms Ozanne resigned from the Government’s LGBT advisory panel, accusing Boris Johnson’s Government of creating a “‘hostile environment”’ for LGBT individuals after failing to enact a ban on ‘conversion therapy’.  https://premierchristian.news/en/news/article/that-s-what-my-christian-faith-compels-me-to-do-lgbt-campaigner-quits-gov-advisory-panel-over-lack-of-conversion-therapy-ban?utm_source=Premier%20Christian%20Media&utm_medium=email&utm_campaign=12227122_daily%20news%2012%20March%202021&utm_content=3&dm_i=16DQ,7A2IA,POL8O7,TIO04,1

If this pernicious attempt to silence free speech and to outlaw the freedom to choose one’s sexual orientation or identity succeeds, even ex-gays who have been helped by psychological therapy will be silenced; https://premierchristian.news/en/news/article/court-rules-ex-gay-pastor-can-t-sue-video-sharing-site-for-removing-his-content-praising-conversion-therapy?utm_source=Premier%20Christian%20Media&utm_medium=email&utm_campaign=12235760_daily%20news%2014%20March%202021&dm_i=16DQ,7A968,POL8O7,TJGPX,1  some MPs have already attacked churches for offering prayer and pastoral support to troubled individuals who seek it, https://www.christian.org.uk/news/mps-attack-prayer-and-pastoral-support-in-conversion-therapy-debate/?e120321 thus if Ms Ozanne gets her way, there will be even more of the traumatised and suicidal individuals that she warns about.