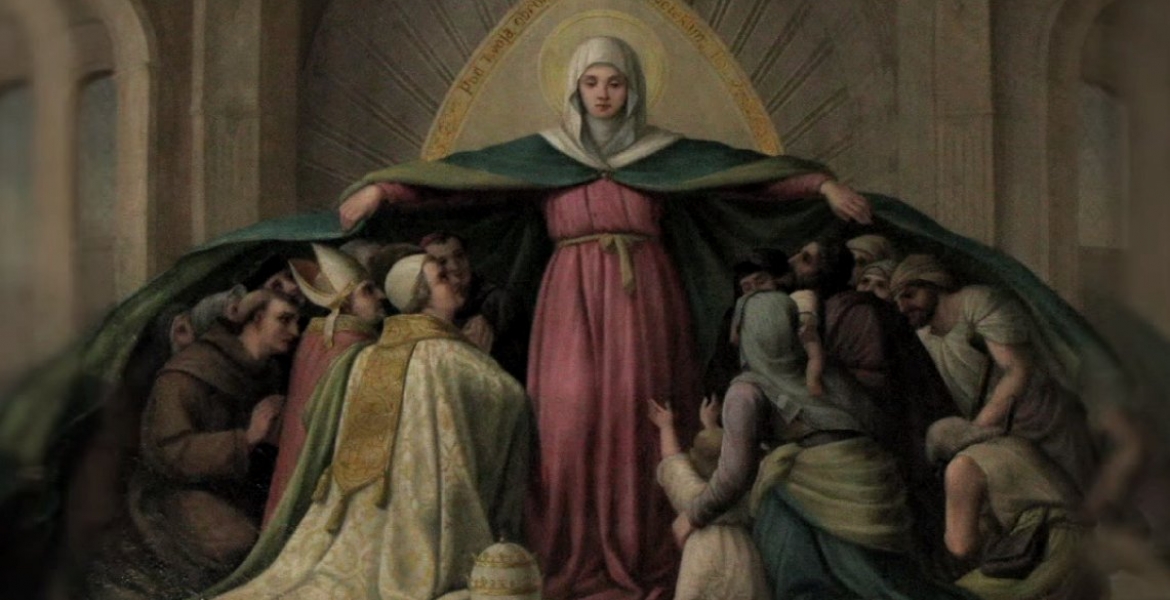 Mary, Mother of the Church

Our Lady’s title Mother of the Church was first used by Saint Ambrose in the fourth century, by Popes Benedict XIV and Leo XIII and was formally conferred at Vatican II by Paul VI’s declaration “Mary Most Holy Mother of the Church, that is, of all the Christian people”.

Mary is the Mother of God because she is the mother of Jesus Christ who is God. In the person of John and with the words “Behold your son” (Jn19:27), Our Lord entrusted all those whom He would redeem to Mary’s maternal care.

The Lord Jesus, in the Incarnation, assumed, in the womb of the Virgin Mary, a physical body as well as a mystical body.  The Mystical Body is described in various ways in the New Testament.  Our Lord spoke of Himself as being the vine and His disciples the branches (Jn.15:5) a clear image of the connatural union of His disciples with Him.  Saint Paul expounds on this in many and various ways.  At the gates of Damascus, he encountered the Lord who asked him “Saul, Saul, why do you persecute me?” (Acts.9:5), meaning to touch a disciple is to touch Christ Himself.  St Paul develops this by writing “so we, though many, are one (mystical) body in Christ (Rom.12:5) and in Ephesians (5:30) Christ nourishes us “because we are members of his body”.  In Colossians (1:18), he declares Christ   “is the head of the body, the church;” etc

Perhaps most clearly he calls Christ the “the first-born among many brothers” (Rom.8:29).  These brothers are members of Christ’s Mystical Body, which the Blessed Virgin conceiving bore and of whom she is, therefore, the mother.  The imagery is complete when we read in the Apocalypse (12:4,17) that the dragon unable to devour the son of the Woman goes off “to make war on the rest of her offspring, on those who keep the commandments of God and bear testimony to Jesus”.

Virgin, most powerful and Mother of the Church, pray for us.