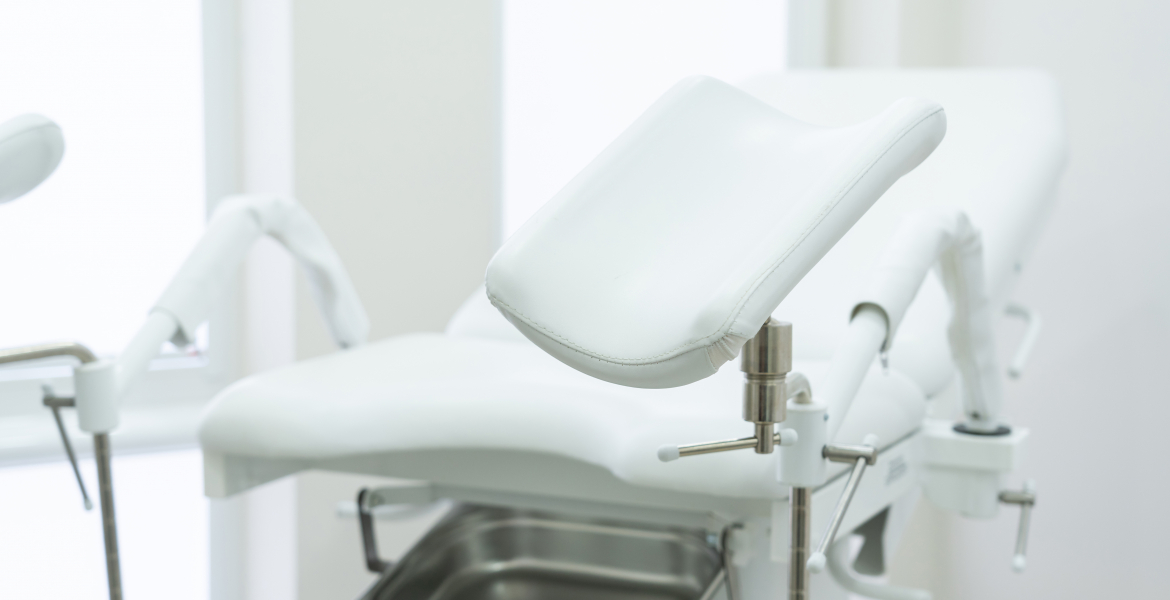 Marie Stopes: change of name, but no change of heart

Marie Stopes International, ‘[t]he world’s best known reproductive rights charity’, which ‘provides family planning services to women in 37 countries worldwide’, has rebranded itself as ‘MSI Reproductive Choices’; they have dropped ‘the feminist’s name’ coinciding with the launch of ‘a 10-year strategy’, in view of ‘increasing discomfort about its links to Dr Marie Stopes’. Simon Cook, chief executive of the tax-funded charity, told the Telegraph: ‘“Although undoubtedly a family planning pioneer and incredibly successful in her field ... by today’s standards, a lot of her utterances are completely unacceptable”’; this had something to do with this year’s ‘upsurge of protests in support of Black Lives Matter’, and although ‘the MSI board first agreed the name change in November 2019’, the ‘“events of 2020 triggered further conversations about looking forward rather than backwards.”’ According to Mr Cook, ‘it was increasingly “proving difficult for us to explain [that Dr Stopes] was not our founder and these views were not our views”’ (‘Marie Stopes Charity ditches its namesake over her views on eugenics’, Telegraph, November 17, 2020). https://www.telegraph.co.uk/global-health/women-and-girls/abortion-charity-drops-marie-stopes-name-due-links-eugenics/

However, although the charity was founded by Tim and Jean Black, with Phil Harvey, over 50 years after Stopes ‘set up the first birth-control clinic in London’, she was their inspiration; it was founded on the same site and named after Stopes, ‘the first female academic at Manchester University, having gained a PhD in botany and geology in Munich’, who in 1918 published ‘the first sex manual aimed at women, Married Love’, followed swiftly by Wise Parenthood, ‘a bestselling guide to birth control’; however, anyone reading her works cannot have been unaware of  her dangerous philosophy, which was the driving force in setting up birth control clinics for poor women. She believed in encouraging the ‘fit’ to have more children, while maintaining that the ‘unfit’ should have none at all; her ‘sex advice’ to middle-class women was couched in flowery language, while her descriptions of the poor were standard eugenics. In Wise Parenthood, she says that knowledge of birth control ‘may save the next generation the misery of being hurled into wretched conditions , and may save the community the cost of maintaining anti-social lives.’

That was her version of compassion, and her ‘family planning’ was all about planning away the poor family; she experimented upon them with a birth control device, the ‘gold pin’, which worked as an abortifacient, and the story of her unsuccessful libel case against Dr Halliday Sutherland (a vocal critic and, unlike Dr Stopes, a doctor of medicine) is described in Exterminating Poverty, a book whose publication coincides with the centenary of the opening of her first clinic. https://www.amazon.co.uk/Exterminating-Poverty-incredible-eugenic-Scottish-ebook/dp/B083HWQ1R3/ref=sr_1_1?dchild=1&keywords=mark+sutherland&qid=1605613351&s=books&sr=1-1

Clearly, in claiming Stopes ‘“was a woman of her time”’ who represented ‘“attitudes fairly prevalent in her age”’, Simon Cook has overlooked the opposition of Dr Sutherland and G. K. Chesterton, who in 1922 wrote Eugenics and Other Evils. It is now being admitted that Stopes ‘was also a vocal supporter of eugenics, a set of now discredited pseudoscientific theories that promoted sterilisation of diseased or weak people to “perfect” the race’; that ‘[s]he openly advocated the forcible sterilisation of those she believed were “unfit for parenthood”, including the “diseased and degenerate” and “half-castes”’; that in 1935, ‘she attended a conference in Berlin on “population science”’; that ‘just before the Second World War broke out’ she sent Hitler ‘a book of her poems’.

Despite this, in 1999, Guardian readers voted Stopes ‘Woman of the Millennium’, and ‘in 2008 she featured on a 50p stamp as part of a series celebrating women of achievement.’ Now, in 2020, allegedly because of Black Lives Matter, the name of the woman who thought that black lives didn’t matter is being dumped – even though BLM is fully signed up to the ‘abortion for all’ in the face of statistics showing that despite black Americans constituting 13.4 per cent of the population, 36 per cent of abortions kill black babies. https://www.lifenews.com/2020/05/18/black-americans-are-just-13-4-of-the-population-but-36-of-abortions-kill-black-babies/  Here, too, abortion disproportionately affects poor/non-white unborn babies, https://assets.publishing.service.gov.uk/government/uploads/system/uploads/attachment_data/file/891405/abortion-statistics-commentary-2019.pdf  claiming more unborn lives among the poor/non-white than among the more comfortable classes. https://www.lifenews.com/2020/08/27/study-confirms-abortion-is-a-major-cause-of-death-for-black-people/    Not for nothing has Martin Luther King’s niece Alveda called abortion ‘“without a doubt the most significant civil rights issue of our time.”’  https://www.lifenews.com/2020/11/02/alveda-king-we-must-end-the-abortion-industrys-genocide-against-black-children/

However, given that the average age of motherhood in this country has now hit a high of 30.7 years, https://www.telegraph.co.uk/news/2020/11/16/average-age-mothers-give-birth-reaches-record-high/  her birth control campaign has certainly been successful and will be celebrated by anti-child feminists, although where they think the future supply of feminists will come from is anybody’s guess.

Raising the age of first-time mothers has always been seen as important to population control, and has been hugely successful in the Western world; but in the rest of the world, too, births are declining. https://www.thelancet.com/journals/lancet/article/PIIS0140-6736(20)30677-2/fulltext

Whether they call themselves ‘Marie Stopes International’ or ‘MSI’, the ‘charity’ has contributed to this decline and their aim remains the same – to curb births; otherwise they would offer help to women who actually want children, and given the vast profits of the ‘fertility’ industry, many of them do. https://www.hfea.gov.uk/media/2716/the-state-of-the-fertility-sector-2017-2018-final-accessibility-checked.pdf

Despite this, such organisations continue to enjoy lavish funding from Western governments dedicated to preventing babies being born, even while the proportion of elderly in the population continues to rise.

Three years ago, Lord David Alton asked the Government ‘why Marie Stopes – a registered “charity” – paid their Chief Executive more than £400,000 in one year – “more than three times the salary of the Prime Minister, who has to run the country”’, pointing out: ‘“Among other things the Care Quality Commission criticised Marie Stopes – named for a woman who was a racist and a eugenicist – for dumping unborn babies in open bins”’, criticising aid money “‘that should be used to feed the starving and promote development ... being syphoned off into abortion programmes.”’

Of the new name change, he commented: ‘“They hope it will enable them to more easily draw down public funds. By abbreviating their name they hope we will forget who “MS” was or what she stood for. The tragedy is that MSI will continue to end the lives of millions of babies in the womb.”’ He concluded: ‘“It’s not a change of name that’s needed but a change of heart — and not least, in a country where we abort a baby every 3 minutes.”’

Marie Stopes was not a feminist ‘by the standards of her time’ because the vast majority opposed abortion and contraception, https://www.amazon.co.uk/Prophets-Priests-Hidden-Control-Movement/dp/1901157628/ref=sr_1_1?dchild=1&keywords=ann+farmer+prophets+and+priests&qid=1605614561&s=books&sr=1-1

https://www.amazon.co.uk/Their-Fruits-Eugenics-Population-Abortion/dp/0813215307/ref=sr_1_1?dchild=1&keywords=ann+farmer+by+their+fruits&qid=1605614592&s=books&sr=1-1  but she is now seen as a feminist by feminists trained to see having babies as in the same league as terminal illness – the end of life as they know it, demanding that a new life be ended. Of course, we no longer offer birth control – now including abortion – to prevent the racially and eugenically ‘unfit’from breeding; rather, we ‘offer choice’ and ‘reproductive health’ to the to the 'disadvantaged' for compassionate reasons, as though their having children is akin to a dangerous disease; meanwhile, the ‘fit’ aka Western feminists, demand ‘reproductive rights’ – the right to sterilise themselves, thus neutralising the gravest threat to the workplace since the introduction of maternity leave.

Marie Stopes International has not had a change of heart; they may have changed their name, but it is too late, since their secular patron saint blurted out the truth over a hundred years ago. Paradoxically, it may have been the most helpful and certainly the most ethical thing she ever did.