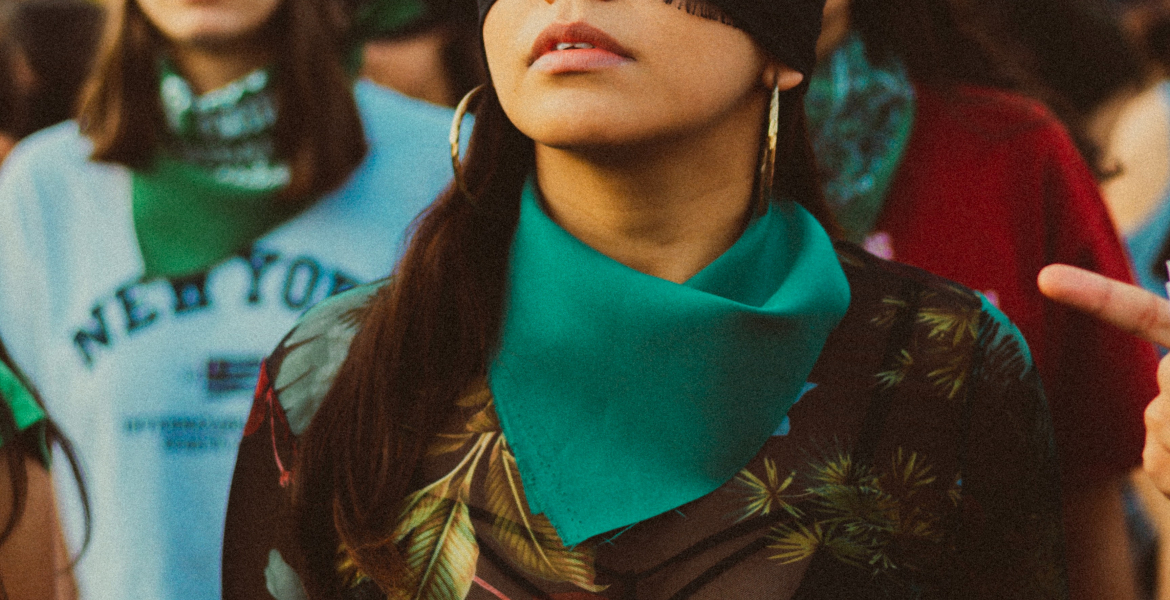 Mexico: should only women choose on ‘the right to choose’?

In the wake of Argentina’s parliament passing a bill to widen its abortion laws, the president of Mexico ‘has said that women should decide’ whether the country should ‘follow suit’, declining ‘to take a position on the issue, which is still opposed by many Mexicans’ – 63 per cent, according to a recent opinion poll. Andrés Manual López Obrador ‘stressed’ to a news conference that the issue ‘should be for Mexico’s female population to settle’, saying that ‘mechanisms existed to organise referendums’, and stating: ‘“It’s a decision for women ... It’s just that matters of this nature should not be decided from above”’ (‘Abortion law for women to decide, says Mexico leader’, Telegraph, January 2, 2021).

It will be interesting to see how this approach of only allowing women to choose on ‘the right to choose’, especially with the current campaign for men who believe they are women to recognised as such. But the President’s stance is one often used to silence male opponents critics, who can be accused of sexism if they offer anything but fulsome support for abortion. However, men should have a say on this issue, which involves the human right to life for the weakest in society; for those who have had the luxury of being born – both men and women – to pass a death sentence on those still within the womb, is not caring but callous. Indeed, what initially sounds like a courageous feminist position is merely a coward’s way out of controversy.

It is also dangerous if Mr Obrador does not allow male medics and scientists a say, and unless he plans to allow children a vote, abortion may be allowed for little girls – just as it is here, opening the door to widespread sexual abuse of minors. However, since men with abusive tendencies have an obvious vested interest in eradicating their offspring before birth, it may be argued that they should not be allowed to vote on this issue, but allowing an abortion ‘free for all’ would only make the problem worse: while reducing the numbers of babies born, it would also increase the numbers of abusive men.

But without a living child it is difficult to prove such crimes; no wonder there is a concerted push by Western feminists to leave not even the tiniest of states free from the scourge of baby killing, seemingly oblivious to the fact that abortion can eradicate the ‘evidence’ of the crime – aka the child – with what amounts to a rapists’ charter. https://www.ifamnews.com/en/the-un-turns-75-a-wake-up-call-we-cannot-ignore/

Mexico, like Brazil, is being portrayed as ‘banning’ abortion, when it already allows abortion in ‘exceptional circumstances’, including in the case of rape; however, by the time it has been proved that a rape took place, the baby would be born. https://www.amazon.co.uk/Their-Fruits-Eugenics-Population-Abortion/dp/0813215307/ref=sr_1_1?dchild=1&keywords=farmer+by+their+fruits&qid=1607861682&s=books&sr=1-1  Abortion is no ‘solution’ to rape, indeed it eases the pressure to catch the rapist, while denying life to the innocent baby, and making their mothers feel further victimised. https://www.liveaction.org/news/bill-maher-tasteless-political-joke-rape-baby/?utm_medium=email&_hsmi=96604509&_hsenc=p2ANqtz--TuOaGopnlAAP_KtQ5tjuoeVY3PRXf0mX1i7UburovLWjN_eOV8npxMBeQfbZVgQBapnDFfD6eHf_zzrFCppdFgVDpRA&utm_content=96604509&utm_source=hs_email&__cf_chl_jschl_tk__=64943d31b08291e374e9c3b4e64a29fca9ac8e69-1601741369-0-AV17V33X7nFstBPopUPO4T0CK4QwNq60Kk8zr9sNdDLB1w_MA8TO4kVm8GqNrFW6EaID0N5t06KLGHMkwoygsorsR1VBjFgUCpr4ReBA16B8CFwxZmIEh4AAk-1JfR25exFg-lAM1saSWdHJSKbp36lZbysMzM97fYa-iELIinUFm-fka5tkW3Y8l9ak-PJvxZuo8KA4LD_FXKuiOl4dk_3Or32nMjr40rorX8SP4mkFIioHatu8FjEaE-n7xYuHznMmdR0q_sBuXrtpdU3haVqBjeV1_otNacCjSnzsPzgO0Ql-cFMGmhsqDXOEWSemHGCWqwGx9l7Pxj06E3a6slh9aoKQwliH2Y5RtHmOO2BviimXTEjWlEFr-bi0nJyTdCjR0eVxH9QxP2miPQCduWxRXogr8i0RRhkLv-Bpj5bZ18xGk2YRhpVyMkPAJJUt_xp31ykBpRXC47XSSJcBe0_eNTR61_w-JE1bpoP25IHj4FRLvLe1BF19vVgOOANeW0DIpqjMa8IGNTs8-xl8XhBcspqRYQ0eCnHLTSNRBwvEKktVrxsHH46udsIJw4LiqguKYuI07tsNhrIaKTtB6JA

It should be obvious that legalising abortion for all reasons would make it even more common, thus multiplying its negative effects without any positive outcomes. Such exceptions have been seen by many as compassionate, but can simply be a step on the slippery slope to abortion on demand, as abortion campaigners portray them as ‘banning’ abortion because they do not allow it for any and every reason, up to birth.

Only in July of this year, Mexico’s Supreme Court rejected a legal challenge involving the Mexican state of Veracruz, ‘which would have effectively decriminalised termination in the first 12 weeks of pregnancy.’ https://www.bbc.com/news/world-latin-america-53584575 However, with pressure from global elites, with the Western press on their side, and with backing from wealthy and powerful outsiders, https://www.liveaction.org/news/bill-gates-funder-abortion-lockdown-restaurants-save/?_hsmi=104694390&_hsenc=p2ANqtz-9tCZGjS5pG3ivQ9pEygW1CZxTK0JRljoCYp6xPAKz5izqAUPlX1B05H6olsyNDDjOD5ZbN6txqXQnpizPAXdYxhvHN_w

no doubt Mexico, like Ireland, Poland and Brazil, will come under pressure until a majority of the living agrees to remove the right to life from the unborn. Having disenfranchised the future, democrats will boast about being forward looking and libertarian men can bray about their feminist credentials, cheered on by population controllers, while the voiceless and the voteless die in their millions, and women suffer in silence.